The Two Fires – The Two Passions 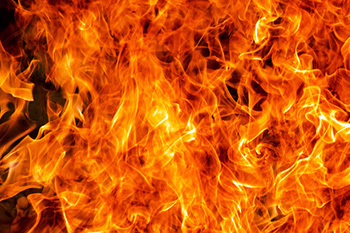 There is no doubt about it! I will turn 78 this month, and as the 🚜 Farmers Insurance ad puts it (and allow me please to personalize it),

But I have never seen anything even close to what is taking place in the 🌎 world today.

I know that this may sound a bit like THE LORD OF THE RINGS and THE TWIN TOWERS. I must say that I was stirred deeply by that series what with Frodo and Sam Wise and the strong 💪 Messianic connection to Jesus and John the beloved.

In all candor, and running the risk of sounding mythological, I literally sense that there are two antithetical fires burning red 🔥hot in the world today. No, not TWIN FIRES! Two opposites, two fires as far from each other as Heaven is from hell!

But not metaphorical, not mere symbols, not illustrations. But actual 🔥FIRES in the unseen spiritual world.

“We Are Spirits Who Have Souls Who Live In Bodies.”

Suffice it to say :

“THERE IS FIRE IN THE HOLE.”

The FIRST FIRE is a blazing hot UNHOLY FIRE from the pit of hell that is hell-bent on destroying everything that is holy, heavenly, and Godly in this world.

It has consumed Hollywood, and there it is completely uncontained. Hell 🔥🔥🔥🔥🔥🔥 fires of LUST, HATRED, PERVERSION are burning out of control. There are now as many homosexual movies as there are heterosexual movies. As Romans 1:27 states,

“…lust burned in their hearts one toward another.”

Hell-fires are incinerating the halls of Congress, education, and every facet of society. Very little of it is contained. They are burning out of control, and they make the fires out west pale in comparison.

(Heavy on the HATE! HOT 🔥 HATE. I am reminded of the Irish Jesuit Priest, Malachi Martin, who wrote the book “Hostage To The Devil – The Possession And Exorcism Of Five Contemporary Americans.” Martin tells that 👃be smelled the breath of Satan, and that he heard 👂 the voices of demons. They were COLD, DEAD, SCRATCHY VOICES, carrying messages of HATRED. It was like the demons’ vocal cords had been seared by fire.)

Satan has gone from being a FIREY DART SHOOTER (Ephesians 6:16) to being now a HELLISH FLAME THROWER.

“He has also prepared for himself deadly weapons; he makes his arrows flaming shafts.”

“Sharp arrows of the warrior. With the burning coals of the broom tree.”

“HELL IS A FIRE HOLE SHOOTING OUT FLAME SHAFTS OF FIRE.”

One can literally call Hell a FIRE PIT from which flaming shafts are being launched by Satan into the world and against mankind. In the world today they are falling as thick and fast as the Roman army’s flaming arrows against the barbarians in the film GLADIATOR.

The second 🔥fire falling upon the world today is THE HOLY FIRE OF HEAVEN. It is the HOLY FIRE of GOD HIMSELF. Hear me:

“The FIRE of GOD is hotter than hell, and as HOLY as GOD.”

“For the Lord your God is a Consuming Fire.”

“The Lord your God is a Flaming Fire, He tolerates no rivals.”

It must be noted:

“While Satan Shoots His fire, God Is His OWN Fire.”

God sets people on fire with His love, holiness, purity, and purpose. His people are fiery for righteousness. Of them it is said,

“THEY ARE ON FIRE FOR GOD.”

Like my wife and in those early lean years:

“WE WERE LIVING ON LOVE.”

That fire🔥 is falling on His holy ones in unprecedented heat. I can sense the air around His people is hot and holy. I can feel it burning in my bones, and when I breathe I am surprised that it doesn’t set on fire the hairs in my👃nose.

Make no mistake about it:

A lot of people only associate passion with sex. Of course, this generation is obsessed with sex, and will tragically be remembered as the VIAGRA GENERATION. How ignominious and brainless!

But PASSION encompasses all of life. Some people live life passionately, while others live life dispassionately.

John 2:17 tells us something powerful about Jesus Christ:

“He was EATEN UP WITH ZEAL.”

The word ZEAL is another word for PASSION. In other words:

“Jesus has a FIRE IN HIS BELLY.”

When Jesus went into the temple to run 🏃 the money 💰 changers out of the temple, He was not out of control with rage as some would portray Him.

If you read the story carefully, it says that He took time and:

“Weaved a WHIP OF CORDS.”

He did that before He went into the temple. A man having a TEMPER FIT doesn’t take time and effort to do such a thing. This was 👎 not a blind rage, but it was His PASSION for His Father’s House of Prayer.

The religious people had turned the temple into a market place, a farmer’s market with animals for sale all over the place. Jesus got in there with His homemade whip, and money 💰 and animals and people went flying everywhere. Yes:

“IT WAS A PASSIONATE PLUNDERING OF THE PROFITEERS.”

Mel Gibson’s 2004 movie THE PASSION OF THE CHRIST was and is one of the greatest movies of all time.

I found the critics of the movie in the main could not handle the graphic and very real portrayal of Christ’s suffering for the sins of the world.

I have no doubt that much of the attack on this epoch movie is because many cannot even begin to relate to the level of Christ’s burning PASSION. To not turn away from but face and embrace the awful and incomprehensible suffering as the sin substitute for mankind = PASSION. In short:

“The FIERY PASSION of Christ to SAVE SINNERS
was HOTTER than ALL the FIRES of HELL.”

The Apostle Paul was struck blind at the moment of conversion to Jesus Christ. He also went through shipwrecks, snakebites, beatings, false accusations, lies, slander, abandonment, stoning, and incarceration.

Paul was not deterred! Why? Because Paul Had a BURNING PASSIONATE LOVE for the MAN he met on the road to Damascus.

When you read Paul’s writings it is nothing short of a study in PASSION. He had a strong passion to depart and be with the Lord. But it is riveting to see that Paul’s passion to stay and do the work of the Lord was 🔥even
hotter.

Listen to and feel Paul’s burning PASSION in Corinthians 4:17,

“For our light affliction which is
but for a moment, worketh
for us a far more exceed-
ing and eternal weight
of glory. ”

Think of it, all that Paul suffered for the sake of Christ he counted as tiny,
compared to the glory that awaits Christ’s passionate servants.

It was the same kind of passion that carried Christ through his suffering and brought Him to a glorious resurrection.

Nothing less than a Christ-like PASSION and a Paul-like PASSION
will carry us through to victory.

Why? Because the enemy’s COUNTER PASSION is heating up hotter than Nebuchadnezzar’s 🔥fiery furnace. Old Neb’s furnace is nothing compared to hell’s fury in these end times.

“Therefore rejoice, ye heavens, and ye that dwell in them.
Woe to the inhabitants of the earth and the sea!
For the devil has come down into you,
having GREAT WRATH,
because he knoweth that He hath but a short time.”

There it is, because Satan’s prophetic sense is much keener than most church people. He knows that he is up against it, and his PASSIONS of ANGER and HATRED are now off the charts. So God warns us and all men with His WOE!

And keep before you the words of Psalm 69:9,

“For ZEAL of thine house hath EATEN ME UP.”

Then came the JAW DROPPING scene of the righteous Jesus Christ PASSIONATELY cleaning house. Hear ye children of God, go and do likewise. Nothing less will do! Amen

The Modern American Civil War Light On – Light Off