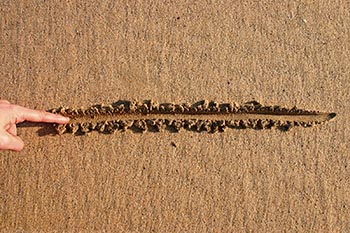 How often I hear 👂👂👂👂 these days comments like:
-I don’t recognize my country anymore.
-If I could I would move to another land.
-Our government cannot go on like this.
-I don’t feel safe anywhere these days.
-Our leaders have gone mad.

In all of this wanting to run away to the proverbial hills and hide, we must hear the stern words of the wise man in Proverbs 28:1,

“The wicked man flees though no one pursues,
but the righteous are as bold as a lion.”

No, it is not time to get out of town, but rather now more than ever to get into the prophetic Word of God.

What follows has been fermenting In my spirit for a long time now, and it has reached a 100% proof! Not spirits but Holy Spirit proof.

In the midst of all the shock, angst, confusion, and despair, I must say that in my Biblically prophetic sense, I am not surprised, but rather excited and ready.

I even sense a boldness in my heart! Not because I am righteous in myself, but only accounted righteous in Jesus Christ the Lion of Judah.

I must say through the eyes of Scripture:

“I Have Seen It Coming, And It
Has To Come To Pass.”

More than that, what we are seeing come to pass will not abate, but rather intensify to the return of Jesus Christ and the catching away of His Bride to glory once and for all. Maranatha!!!

This need not be a time of darkness and confusion, but rather 🌞 a time of BRIGHTNESS and CONFIDENCE.

“There is a God in heaven Who reveals mysteries.”

God is unfolding before us a mystery so that we need not face these last days in bleary eyed fear, pessimism, and fatalism.

THE WAR HAS BEEN DECLARED

I’ve called it America’s Modern Civil War. It is not nearly in full conflict as yet, but it will become hotter and🔥🔥🔥hotter day by day from here to the end of time. Yes, it will!

And it really is in a sense a “Civil War” in that of all things we are now hearing the warriors on one side of the conflict shouting to each other with rage and hatred in their faces,

“Don’t Be Civil Anymore,
You Can’t Be Civil To Them,
Get In Their Faces,
And When They’re Down, Kick Em!”

Other voices have become far more bellicose and violent:

“I’ve Been Thinking About Blowing Up The White House.”

Of course what she (I will not dignify her by stating her name) really meant to say was this:

“I’ve Been Wanting To Kill The President And His Entire Family.”

“The Enemy Is Nothing More Than
A Basket Of Deplorables
And Gun-Toting, Bible-Thumping Fanatics. ”

Those who most recently were in the Senate building praying against the powers of darkness during the Judge Kavanaugh hearing, said about the mobs in the hallways:

“It Was Like The Screaming Of A Thousand Demons.”

All the while the powers of Hell roam the schools, churches, businesses, and communities of America, gunning down and slaughtering their innocent victims.

Yesterday a man by the name of Robert Bowers murdered 11 Jewish worshipers in a synagogue in Pittsburgh, while the blood continues to flow down the streets of Chicago like rivers!

THE FUEL OF THE CIVIL WAR

Now the powerful and totally contemporary last days prophecy spoken by our Lord in Matthew 24:12,

“Because iniquity shall abound,
the love of many shall grow cold.”

The word INIQUITY is a very strong word, and is an often used word in the Bible. However it is hardly ever used anymore either in conversation or in prayer. It has all but dropped out of sight, even though it is multiplying before our very eyes.

The Bible tells us that INIQUITY has not run out of ⛽ gas. In fact in these end times Hell’s gas trucks are lining up overflowing with INIQUITY. You can smell the fumes pouring out from Washington D.C. to Hollywood, California.

INIQUITY is the METRO-PETRO of eschatology, high-octane with many more satanic miles to the gallon! It will get you all the way to Hell, with refills available at the many INI-STATIONS located along the way.

In fact, attendants at those INI-STATIONS will even dirty your windshield for you at no extra charge.
Fill ‘er up you little devil you.

WHAT’S IT MADE OF?

It is refined in the oil refineries of Hell, and it is made up of the following components:

“Rebellion, Lawlessness, Opposition Against All Law. ”

Satan tried it out on Adam and Eve in Paradise. Remember in Genesis 2:17 God gave man His first,

Satan came against God’s first law to man. Why? Because law requires submission, and there is the eternal rub. Satan, rebellious Satan, iniquitous Satan will submit to no one. Neither will iniquitous man!

“The Deep Secrets Of Satan.”

The deep secret is out. Man’s greatest end time danger is not President Kim Jong Un’s nuclear program in North Korea. It is Satan ‘s deep wells of iniquity being refined in the darkness of Hell.

It worked very well for Satan in the Garden of Eden. He even got a murder out the very first tank. The human race has been running on it ever since. It’s just that the last days INIQUITY is of a much higher potency than ever before.

We are told by our Lord that this spirit of REBELLION AGAINST LAW will ABOUND. That is, it will SPREAD all over like a deadly pestilence. It will be BOUNDLESS, WITHOUT LIMITS, BOUNDARIES, or BORDERS. It will more and more encompass the globe.

I need not inform you of the following about law enforcement across our land:

“In America War Has Been Declared On The Brave Men and Women In Blue.”

There is something happening that we and certainly I have never seen or ever imagined in my wildest fears. As a child the most revered people in our community, next to the pastor, we’re the policemen.

There is now a growing open season on policemen who are being shot to death like plastic ducks at a county fair. They have become targets of the last day rebellion against law and law enforcement agents.

“73 Policemen In America Have Been Killed In Cold Blood
By America’s Outlaw Spirit.”

This attack on and degrading of America’s Policemen germinated and spread under the rogue presidency of Barack Hussein Obama. Throughout his 8 year coup, police were over and over blamed by him for crimes in America’s neighborhoods. Obama was spraying INIQUITY all over the nation.

And now rebellion against PIGS spreads. Pigs of course are dirty, filthy, grunting animals who stink up the earth! 🐖Kill the PIGS!👌It is a direct fulfillment of prophecy in Matthew 24:12.

All of this is a prelude and the preparing of the way for the coming of Antichrist. In II Thessalonians 2:3 he is called:

“THE MAN OF LAWLESSNESS.”

ANTICHRIST will be the biggest OUTLAW that the world has ever seen, and the world will love 💘 him for it. Even though he will turn on the world like the beast he is.

It may be at first one of the strangest cause and effect combinations you have ever read. It struck me that way when I first saw it.

“And BECAUSE INIQUITY shall abound,
the LOVE of many shall grow COLD. ”

When we read that LOVE shall grow COLD, we must understand it for what it is. Hear it:

“The Hottest And Most Fiery Power In The Whole World Is Love.”

“Love Cannot Be Cold And Still
Be Love. ”

Cold means that LOVE HAS DIED, just as when a human body dies, it grows COLD.

This is Jesus’ POST MORTEM on the human race in the last days:

“RIGOR MORTIS OF THE HEART
ON A MASSIVE SCALE.”

THE BRUTAL END TIME STATE OF THE HUMAN RACE:

That Means:
-The milk of human kindness has dried up.
-Human compassion has for the most part disappeared in the masses.
-Or as Paul says to Timothy in II Timothy 3:3, “WITHOUT LOVE.”

But why? Isaiah 59:2 explains why. We read the stark reason why:

“Your INIQUITIES Have Separated You From Your God.”

I John 4:8 and 16 tells that “GOD IS LOVE,” and the human race apart from God becomes the breeding ground for pure HATRED.

The lines are drawn in the stark opposite in II Timothy 3:3,

“Not lovers of the good.”

One side:
“THOSE WHO PASSIONATELY LOVE THE LORD AND HATE EVIL.”

“THOSE WHO PASSIONATELY HATE THE LORD AND LOVE EVIL.”

“Comes from the Greek word PASCHO which means to SUFFER – SACRIFICE.”

We are not talking here about liking chicken wings or a walk in the park. We are talking about an all-consuming FIRE IN THE BELLY that catapults us into the battle for all that we’re worth.