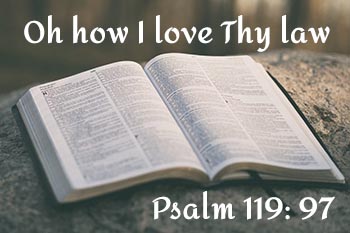 What is mind boggling to me is the fortune people will spend on an original baseball card of Babe Ruth, or on an original Chevrolet Impala at a car auction. There are still those who all but worship ORIGINALS. They are generally speaking at car auctions and antique Road Shows.

In all of this, the Lord warns us very powerfully in Jeremiah 6:16,

“This says the Lord, Stand ye in the way and see,
and ask for the old paths, where is the good way,
and walk therein, and ye shall
find rest for your souls.
But they said, we will not walk therein.”

“All we like sheep have gone astray,
we have turned every man to his own way. “

Man by nature because of his spirit:

“Would rather be his own innovator then to allow God to be his ORIGINATOR.”

Man wants to avoid the old paths of the ORIGINALS and the FIRSTS. All of that is viewed as too outmoded and outdated, and modern men majoritively says what God said they would say,

“We will not walk therein.”

And so the ancient Mosaic tablets of the TEN COMMANDMENTS of Exodus 20 and Deuteronomy 5 have been removed and replaced by what is called the NEW MORALITY, which is nothing more or less than the OLD IMMORALITY dressed up in modern garb. The ORIGINAL foundation for all morality in society has been banned from all schools in America. America said,

“We Will Not Walk Therein!”

Or again, the ORIGINAL account of CREATION “In the beginning God” in Genesis 1, has been replaced by the much more modern theories of EVOLUTION and the BIG BANG which are taught all across America in her schools. All of which scientifically are nothing more than BIG FLOPS! Hear it:

“The Teachers In America Are No Longer Originalists,
But Are Now Unoriginalists.”

Which is another way of saying:

“They Have Deviated From The Original
And Have Become DEVIANTS.”

My dear wife and I were doing evangelistic crusades in the Netherlands. It was particularly sentimental for both of us as our roots go deep into Dutch soil. While ministering throughout our ancestral land, it struck us how in many cities we would see the names on store fronts that we had lived with all of our lives in Holland, Zeeland, and Grand Rapids, Michigan.

At one point we entered a store that had the name DeVries on the front. We talked to the store owner and told him about how nostalgic it was for us to see names like DeGraff and DeVos in businesses that we knew so well.

Then the owner said something very forcefully and proudly, and I quote, “Yes, but remember, you are the COPIES, but VEE are the ORIGINALS.”

Ouch! You could see the Dutch pride in his face and hear it in his voice. He was correct only to a point, because he wasn’t the ORIGINAL either. His ancestral roots went deep as well into former Dutch generations.

But the point is well taken, for it is all about the ORIGINAL and not the COPIES. We read in Romans 8:28-29, not

“And we know that all things work together
for good to them that love God,
to them who are the called
according to His purpose.”

“For whom he did foreknow,
He also did predestinate
to be conformed to the IMAGE of His SON,
that He might be the FIRST-BORN among many BRETHREN.”

There it is:
“CHRIST IS THE ORIGINAL, HIS FOLLOWERS ARE TO BE HIS COPIES.”

That, all you fellow copycats, is the entire purpose of salvation, that we will be such extentions, copies, likenesses of Jesus, that it will be difficult to tell where the ORIGINAL begins and where the ORIGINALISTS end. Our entire life flows from and back to the ORIGINAL! We will forever be Originalists of Christ our Original.

Only an ORIGINALIST can truly sing that song to and about the ORIGINAL.

Or as another version of the same song puts it so beautifully:

That is, if we could even come close to calling it a hearing:

The Republicans interviewed Brett, commending him for his stellar judicial record, and asking him to explain some of his rulings in the light of the principle of precedent. It was conducted with honor and decency. His knowledge of constitutional law was obviously transcendent. Perhaps one the most qualified Judges in America today or ever.

But that is where honor began and ended. The Democrats dissected and filleted and character assassinated him. The Democrats tried in every way possible to portray him as an out an out “Raging Maniac, a Blubbering Drunk, and a Sexual Predator.”

Then at the last minute they showcased a woman who accused Judge Kavanaugh of sexually assaulting her when they were in high school. The FBI studied the story and found no substantive evidence, and that her story was full of holes.

It was the most degrading event in the entire history of American Government. The Justice Thomas hearing comes in a distant second on the list of infamy.

(The Democrats on the Judiciary will now themselves be investigated for their morally bankrupt treatment of the outstanding Judge now Justice Kavanaugh. Senator Chuck Grassley, the Chairman of the Senate Judiciary Committee, has ordered a full inquiry. Well he should!)

Justice Kavanaugh made it very clear that he is and would be an ORIGINALIST JUSTICE. What is an ORIGINALIST in the world of jurisprudence? Great question! Huge issue! It is the heartbeat of the entire matter.

That means that Justice Kavanaugh would always interpret and apply the Constitution of the United States as it was originally written. Ditto for the laws of the land as they are written. This means that:

“He Would Be A Constitutional Law
Originaliist And Literalist.”

Oh Oh!!! Those lethal and disastrous Originalists are the ones who are always referencing the ORIGINAL Founding Documents like The Declaration of Independence! You know:

“We hold these truths to be self-evident,
that all men are created equal”

Oh Oh, now we’re getting back to all that Original God Creator stuff. That threatens Roe vs Wade.

“Life is an inalienable right.”

That could spell doom to the Democrat’s Abortion Holocaust and their right to choose to kill those little womb-dwellers whose life is their God-given inalienable right.

There it is! The Democrats and their left wing judges only want UNORIGNALISTS on the Lower Courts and on the Supreme Court! They want Deviants! It didn’t go their way.

There were many Originalists praying in Senator Chuck Grassley’s office.

It was obvious that Justice Kavanaugh loves the United States Constitution and the Rule of Law. His spirit reminded me of the Psalmist in Psalm 119:97,

“Oh how love I Thy law,
it is my Meditation all the day.”

Justice Kavanaugh will be a supreme Justice who will bring honor to God, dignity to the High Court, and permanency to the Rule of Law.

A CITY WITHOUT WALLS The Modern American Civil War