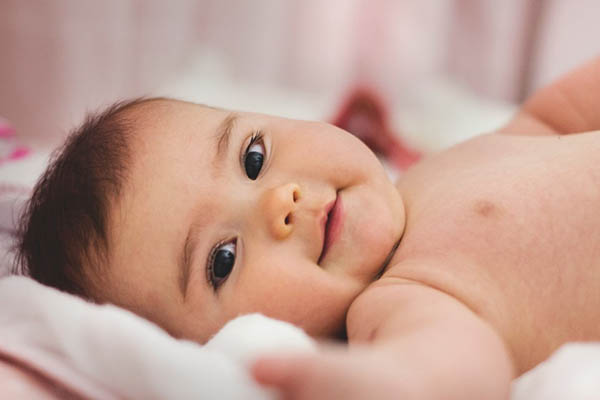 It may sound more than bizarre and even mentally unbalanced to state the following. But I state it firmly as truth written in stone 🛁. I state it ROCK HARD:

SAY WHAT? Have you lost your bearings if not your entire mind? I’m sorry to disappoint you, but I am fully clothed and in my brightest and rightest mind ♏. No lose ends here ♍.

Let me put it another way:

Oh, Oh, now I know that your elevator does not go to the top floor 👆! As a matter of fact, it sounds to me like you never left the basement 👇!

I knew you might say or think something like that, but don’t get off the elevator just yet. We are going up 🆙, in fact perhaps higher 🔝 than you have ever been in your life!

We will be getting to both of these statements in due time. Some of the most important truth ever taught by the Word of God.

But first we have to clear the air about a critically important issue 🎌.

THE SIN OF PROFILING 🅿

Before we start climbing floors of truth over truth, we must address a devastating and destructive sin that all men commit 🎎!

We don’t even know it, but all of us are PROFILERS 🅿 to one degree or another! Yes we are! We do it all the time ⏰, and it is one of the greatest distortions of how we view 👀 and judge people!

Profiling is a word of recent vintage when it comes to popularity 🆕 of usage. It has been around forever, but chiefly meaning the contour of a person’s head or face 👤. That historically has been the profile of a person.

But today, PROFILING REFERS to dumping people into socially negative categories 😎 and treating them harshly and judgmentally!

Police today 🚓 are being accused of PROFILING, and there is no doubt that some do! By no means all, and certainly not the majority of men and women in blue 👮 are guilty of PROFILING!

But If you are black, and you are walking at night, you are a menace and a danger 🚩 to society! You are either a drug pusher or a pimp. 👦THAT IS PROFILING!

When I was young, I was led to believe that all “negroes” carried guns 🔫 and 🔪knives! PROFILING preempted them of all human and social virtue!

Some PROFILING police will put you in chains 🔗, put their knee on your neck, and ask questions later if you are black. They may even thump your head a few times if you demand your rights!

But the truth is that all men do it. Even those who are profiled profile!

THE DISTORTION OF VISION 👀👽

Amazing really! To the world 🌎, to Hollywood 🎥, and even to church ⛪ people, King David was Bathsheba’s ADULTERER, and Uriah’s MURDERER! That is his lasting PROFILE TO THE EYES AND MINDS OF MEN.

I mean, we have King 👑 David arrested, finger printed, photographed, and incarcerated before we even read him his rights. Case closed!

It instantly became a BURNING HOT FILE THAT HAS BEEN SMOKING EVER SINCE. That is the first thing people see when they hear David’s name – smoke coming out of his PROFILE LIKE A CHIMNEY IN AUSWITCH 🏭 !

THAT IS HOW MAN 👀SEES! No exceptions! Call ☎ the palace police, get him off the throne and off the streets. He is nothing but a menace to society! Throw him in the slammer and lock the door🚪! That’s that!

WRONG! To 🔵 God, David at the truest and deepest level was none of that, though he in fact did all of that!

To God 🔵, King David was a 🔵 GODLY HEARTED 💟 MAN! When God saw David, David reminded 🔵 God of 🔵 God! For God to look at David was like God looking in a mirror 🔲! THAT’S HOW GOD SAW DAVID!

WHAT? Will the real David please stand up, because we tend only to see him lying down ⛔ with one of his best soldier’s wife. A soldier who King David killed to cover his tracks! DAVID not only had a married woman’s scent 👃 on His body, but her husband’s bloody tracks 👣📌📌 leading to the palace!

Two totally different ways of looking at people! Note the words DOES NOT in I Samuel 16:7. DOES NOT WHAT! God DOES NOT SEE 👀LIKE MAN 👀 SEES! VISIONARY OPPOSITES! LIKE LOOKING AT TWO DIFFERENT WORLDS! Either God needs new glasses ➿ or we do ➿! Guess whose eyesight is way off 📴?

Our most urgent prayer is that we be able to see 👀 as God 👀 sees! Until that happens, we will quit on people who God holds in high regard! Where we stop 🚫 is where God starts ⏩! Yes, believe it or not , our ➖ is God’s ➕!

“MAN IS AN EXTERNALIST 📧, A SHALLOWIST 📥, A JUDGMENTALIST 🔨, A LABELIST 📢, AND VERY UNMERCIFUL 💔.”

Breaking it down, PRO means BEFORE, IN ADVANCE, AHEAD!

Taken together, it means:

“PUTTING PEOPLE 🚻 IN CATEGORIES 📝 OR FILES 📂 OR NICHES 📖 BEFORE WE EVEN KNOW WHO AND WHAT THEY ARE!”

We do that based on many subjective prejudices such as style of their hair ☑, color of skin☑ , type of clothes☑, brand of religion☑, personal habits☑, what they eat and drink☑, material possessions☑, level of education☑, tatoos or no tatoos ☑, and on and on it goes! The profile list is much longer than this. The above is only a sample!

Our PROFILING 🔫 GUNS ✏✏✏✏ARE LOADED! I red checked a!l of OUR PROFILE AMUNITION, because none of them tell us who people really are at the deepest level!

***
And as stated before, we all do it! It’s HOW MAN SEES! He is a PROFESSIONAL PROFILER! I

I am reminded in this regard of James 2:10 which teaches this,

“THAT IF WE VIOLATE ONE OF GOD’S COMMANDMENTS, WE VIOLATE THEM ALL! ”

Hebrews 11:25 tells us in no uncertain words that,

“THERE IS PLEASURE 😉 IN SIN FOR A SEASON OR FOR AWHILE, BEFORE IT ROTS AND THE SOUL CAVES 😝 IN!”

Part of what all of this means is if we get the taste of one violation and the sinful pleasure that it gives, then more and more we get the juices flowing to break law after law to increase the pleasure of sin. We go on to violate all  10 Commandments so as to bring up the pleasure to 100% – 100 Proof 😋!

Yes, like MOONSHINERS 🌙🍸🍺, we become SINSHINERS, SERIAL SINNERS! SIN ADDICTS! SINAHOLICS! You can’t stop with just one! You got to have more and stronger and higher proof sin🍻!

But breaking God’s Commandments brings shame. Sin has hangovers, it always catches up with us, and it becomes harder and harder to look at yourself in the mirror the next morning 😣.

“THEN I WILL NOT BE ASHAMED, WHEN I HAVE RESPECT TO ALL THY COMMANDMENTS!”

***
So too, PROFILING gives you a sick sense of superiority and pleasure! PROFILING ALWAYS DIMINISHES THE PROFILED AND ENLARGES THE PROFILER! MAN ENJOYS PUTTING PEOPLE IN INFERIOR SLOTS 👇BENEATH HIMSELF👆.

The Pharisees in Jesus’ earthly sojourn were CONSUMATE PROFILERS. They profiled every man on the face of the earth with this PROFILE POMPOSITY,

“THANK GOD THAT I AM NOT LIKE OTHER MEN!”

All men were viewed as inferior and losers compared to the high and mighty Pharisees. So they profiled other men in their speech, and they showed them even less respect in their practice.

And so it is with PROFILERS, as Jesus said of the PROFILING Pharisees in Proverbs 23:5,

“THEY DO ALL OF THEIR WORKS TO BE SEEN IF MEN.”

They wanted to be sure that the PROFILE MEN HAD OF THEM WAS GLOWING 💥 AND GROWING 🌟!

Never in the history ♓ of the human race has any part of the human body been degraded 🉐 and defiled ㊙ as THE WOMB OF THE WOMAN 🚺!

The amazing part of all of this is that the defiling ㊙ and the degrading 🉐 of the womb is chiefly done by WOMEN 🚺🚺🚺!

According to WOMEN’S LIB,

“THE WOMB IS SOLELY WOMAN’S PROPERTY, TO DO WITH WHATEVER SHE PLEASES. SHE CAN USE IT, INVADE IT, ASSAULT IT, PAMPER IT, WHATEVER THE CIRCUMSTANCE CALLS FOR.”

For sure, never file the WOMB UNDER GOD 🔵, but always file it under WOMAN 🚺! I

According to the WOMEN’S LIB PROFILE OF THE WOMB:

Apart from the OVENS OF THE CREMATORIUMS 🏭 OF AUSCHWITCH, never in human history ♓ have there been BUTCHATORIUMS TO EQUAL THE SLAUGHTERHOUSES OF WOMEN’S WOMBS!

***
God’s “PROFILE OF THE WOMB” IS taken from A DELICATE KNITTING ↪〰 CLASS! According to God Himself:
1.The WOMB is God’s KNITTING ↪〰 ROOM where He KNITS TOGETHER BABIES like grandma KNITS SWEATERS! Psalm 139:13
2. The WOMB is GOD’S SECRET PLACE where HE WEAVES TOGETHER LIKE AN INFINITELY SKILLED WEAVER ☝ THE HUMAN FRAME. Psalm 139:15

File the WOMB under:

It is called A SECRET PLACE (Psalm 139:15) because there are no human beings 👤, doctors 💉, scientists🔬who have a clue as to how GOD CREATES HUMAN LIFE IN THE WOMB.

IT IS SO UNREACHABLE TO THE HUMAN MIND, THAT FINDING IT OUT IS LIKE DRILLING TO THE CENTER OF THE EARTH! Such is the depth of the mystery of it all!

EVERYTHING that God does in the fashioning of His greatest masterpiece – MAN – takes place in the WOMB 👶, which modern women have turned into a TOMB 💀.

EVERYTHING that Psalm 139 reveals about God’s KNITTING and WEAVING of human beings takes place in the WOMB 👶, which modern doctors have turned into a TOMB 💀!

***
Now comes the TRUMPET BLAST that must be heard in every WOMB AROUND THE WORLD 🌎, that will turn WOMB TAPS 📯 into WOMB REVELEILLE 📯.

“YOU SAW ALL MY MEMBERS – PARTS – BEFORE YOU FORMED THEM IN THE WOMB!”

God has a blueprint 🚼 for each one of us, that is unique, singular, and one of a kind 👤! He saw us in total before He made us in total!

“GOD MAJORS IN BLUEPRINTS, NOT PROFILES! ”

The Psalmist is writing as an adult, and he is saying that all of his adult 👤parts are the same baby 🚼parts that God formed in the womb!

Of course they are bigger and more mature now, but they are identical ADULT parts to the BABY PARTS!

“WHEN YOU ABORT THE WOMB BABY, YOU MURDER THE WORLD ADULT.”

One might ask about all the good the abortion doctor does to help other patients get well! Listen:

“ALL THAT IS IS A FAIR APPEARANCE AND CAMOUFLAGE TO COVER OVER A FIERCE AND MURDEROUS HEART!”