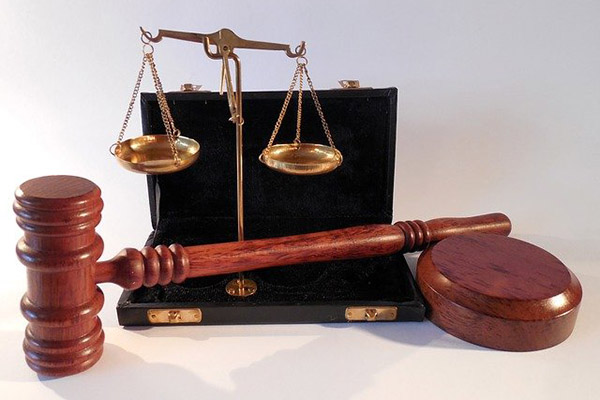 Yes it is true, and to many it is life’s greatest conundrum:

“SOME VERY BAD THINGS 😢 DO HAPPEN TO SOME VERY GOOD PEOPLE 😊 .”

They don’t seem to be as troubled by the opposite,

“SOME VERY GOOD THINGS 😁HAPPEN TO SOME VERY BAD PEOPLE 😡.”

(If you read the Psalms, the Psalmist was most distressed by the GOODIES 😃 being given to the BADDIES 😖!)

But the BAD 😖 happening to the GOOD 😳 is the most troublesome for most people! It can even make them doubt the existence of God 🔵.

I had deep dialogue with an atheist who was the Head of the Ethics Department at Rutgers University. He denied the existence of God 🔵 because of the bad things that happen to ANIMALS 🐗 🐒 🐆 🐦 🐹! A GOOD GOD 🔵 would never allow forest fires that incinerate 🔥 forest creatures! I never met a person who seemed more stressed by animal suffering than human suffering.

But it is a fact of life that Bad THINGS happen to GOOD FOLKS! And some would 😠angrily call it THE UGLIEST 😝 FACT OF LIFE! Maybe you are ONE OF those who have experienced it first hand!

Of course, CASUAL Bible readers as well as earnest Bible students have the wind knocked out of them by the all too true story of Job and his family. Even Bible scholars have their eyeballs crossed on this one 😫!

In his day, or any day in history ♓ for that matter, Job was the most righteous man 🚹 that ever walked on planet earth 🌎. If you would look up the definition of a GOOD MAN, Job’s picture should presented as the icon!

In an avalanche of multiple gut wrenching catastrophes, the worst thing that happened to Job was his 7 sons and 3 daughters 👨👨👨👨👨👨👨👩👩👩 (Job 1:3) WERE ALL KILLED TOGETHER BY A SATANIC WIND STORM THAT BLEW THEIR OLDEST BROTHER’S HOUSE DOWN ON TOP OF THEM ALL (Job1:19).

It is the original version of THE BIG BAD WOLF 👹 WHO HUFFED AND PUFFED AND BLEW THE HOUSE DOWN. The only difference is that the Old Testament version is non-fiction!

It actually happened, and it is all recorded in the Bible in BRUTAL HONESTY! No cutting of corners, no softening of tones, no easing of the elements! It is all there in HORRIFIC REALITY 💀💀💀💀💀💀💀💀💀💀!

THE WORST TO THE BEST

But the whole truth is even more breathtaking and gut wrenching, and that is,

“THE WORST THING 😩 EVER HAPPENED TO THE BEST 😇 PERSON EVER.”

In fact, not to the best person 😇, but to the only PERFECT PERSON WHO EVER WALKED ON PLANET EARTH 🌎! His name is,

Of course, our analogy is woefully unbalanced and inadequate!

And so we could go on! But the point is this,

“HE WHO KNEW NO SIN, BECAME SIN FOR US. THAT WE MIGHT BECOME THE RIGHTEOUSNESS OF GOD 🔵 IN HIM!”(II Corinthians 5:21)

“THE BEST EVER 🔵 SUFFERED THE WORST EVER 🌑.”

“THE SINLESS ONE ⚪ SUFFERED THE TORMENTS OF HELL FOR THE SINFUL ONES ⚫⚫⚫⚫⚫!”

“THE PERFECT ONE EXPERIENCED HELL 🔥, SO THAT THE IMPERFECT ONES MIGHT ENJOY HEAVEN 🌅.”

THE BAD 🌑 NEVER HAS THE LAST WORD 🔊

There is something that we must see in all of this that is rarely recognized. What we are going to see 👀 is true not only of GOD’S ONLY BEGOTTEN SON, but I believe it to be true of all of God’s 🔵 sons👨👧👨👨and daughters 👩👰👸💁.

It is this great and beautiful truth,

“IN THE ENTIRE ACCOUNT OF OUR SAVIOR’S EARTHLY LIFE, THERE IS NO EVENT RELATED OF HIM THAT IS LOW OR WEAK OR DARK 🌑, BUT IS IMMEDIATELY FOLLOWED AND SECONDED BY AN EVENT THAT IS HIGH, STRONG, AND BRIGHT🌕!”

“WHILE WE STAND IN THE SHADE, IT WON’T FAIL BUT THAT THE SUN 🌞WILL BREAK THROUGH.”

“THE NEGATIVE ⬛ WILL NEVER STAND ALONE AS FINAL, BUT WILL SOON BE OVERWHELMED BY THE POSITIVE 🔲 !”

Our problem is that we tend to remember the negative, and all too soon forget the positive! Or we become so fixated on the DOWNER 😞, that we doubt that there was an UPPER 😊 at all!

It reminds me of the ASCENSION OF OUR SAVIOR JESUS INTO HEAVEN, and we read in Matthew 28:17,

“SOME WORSHIPPED 😅 AND OTHERS DOUBTED 😣.”

AMAZING! They all saw the same ascension of their MASTER INTO HEAVEN! All of their eyeballs saw 👀 the same astounding vertical departure of Jesus into the heavenlies!

But sure enough, there were those who were still so stuck in the GROSS DOWNER OF THE CRUCIFIXION 😭, that they could not rap their faith 😒around the GRAND UPPERS OF THE RESURRECTION AND THE ASCENSION OF THE LORD INTO GLORY before their very eyes 👀!

Which also means that by nature it is much easier for us to be COMPLAINERS 😖 than it is for us to be PRAISERS 😀! It took the Israelites 40 years in the wilderness to sort all of that out, which is half of my lifetime!

“THERE IS NO ROOM IN HEAVEN FOR MURMURERS 🙉 AND MOANERS 🙉, SIMPLY BECAUSE THOSE ARE THE MAIN LANGUAGES OF HELL.”

POSITIVE 👍 ALWAYS TRIUMPHS OVER THE NEGATIVE 👎

Let us begin to see this in the LIFE OF OUR LORD AND SAVIOR, and in His life see our own lives in Him!

1. THE HUMILIATION OF A COW SHED!

I guess we could call the MANGER A BARN BUNK! In any event, the Baby Jesus soon began to smell like His surroundings! As did His earthly parents 👪!

When GOD BECAME MAN, we have no standard of measurement to capture what a DOWNER THAT WAS! It has always begun the section in theology commonly called THE HUMILIATION OF CHRIST.

A film was made many years ago entitled THE ANTKEEPER. It powerfully presented how a MAN 🚹 had to become an ANT 🐞 to stop warring ant armies from killing eachother!

It spoke powerfully to what it meant for GOD 🔵 TO BECOME HUMAN 👶! There never has been a descent like this! For the INFINITE to become an INFANT! And then make your pitiful debut in a cow shed littered with animal dumps 💩💩💩💩! That is what animals do in real life, but not in nursery rhymes.

Who can even begin to imagine the negative implications, let alone understand them?

***
Let us illustrate the LOW from the HIGHEST level possible.

GOD BREATHES! Did you know that? The Bible tells us in Genesis 2:7 that:

“GOD BREATHED 💭 INTO MAN’S NOSTRILS THE BREATH OF LIFE.”

The BREATHING GOD! GOD BREATHED HIS BREATH! Where? Into ADAM’S NOSE 👃 DOWN INTO HIS LUNGS.

If you look closely at Genesis 2:7, you see that it was a TWOFOLD INBREATHING:
1. PHYSICAL BREATH 💭 – Adam came ALIVE – A LIVING HUMAN BEING 👤!
2. SPIRITUAL BREATH 💭 – ADAM BECAME A LIVING SOUL 💖.
3. BODY LIFE AND SOUL LIFE ALIVE IN THE WORLD’S FIRST MAN 🚹! There he is in the altogether! Naked as can be, and totally unashamed.

So much so is GOD THE BREATHING GOD?, that the Prophet 👳 Isaiah in Isaiah 42:5 tells us this,

“GOD GIVES BREATH 💭 TO ALL PEOPLE LIVING UPON THE 🌎 EARTH!”

Fact is that you and I cannot draw our next breath unless God gives it to us! If He doesn’t, our life on earth 🌎 is instantly over!

***
Now here is the incredible humiliation of God’s Son:

“HE WHO IS THE DIVINE BREATH AND LIFE 💭 GIVER, NOW AS A BABY 👶CANNOT BREATH HIS FIRST BREATH UNLESS IT IS DIVINELY GIVEN TO HIM!”

And not only that:

“HE MUST DRAW HIS FIRST BREATH OF LIFE IN A BAD SMELLING FARM FEEDING TROUGH FOR CATTLE 🐄.”

He Who breathed breath into the FIRST ADAM, must now have breath breathed into Him as the LAST ADAM!

THE POSITIVE TAKES OVER

Suddenly HUMILIATION is absorbed into EXALTATION! The Judean hillsides come alive with the SOUND OF MUSIC.

And not just music! CELESTIAL MUSIC 🎶! HEAVENLY MUSIC 🎶! ANGELIC MUSIC 🎶! SINGING THAT WAS NEVER HEARD BEFORE ON PLANET EARTH 🌎! Nothing so perfectly harmonious and spellbinding.

Surrounding Bethlehem of Judea is the MULTITUDE OF THE HEAVENLY ANGELIC THRONE ROOM CHOIR! Their CHOIR LOFT is the rolling hillsides of sheep 🐑🐑 🐑🐑country. They are making THEIR FIRST EARTHLY CONCERT IN CHORAL BLENDS 🎵 🎵🎵THAT CANNOT BE DESCRIBED! Literally HEAVEN ON EARTH!

Bleating sheep 🐑🐑🐑 stop bleating in spell bound listening, and shepherds are paralyzed with fear at the stunning sight 👀 and sound 🎵 of it all!

As soon as God ‘s Son descended from HEAVEN’S COURTS to EARTH’S BARNS, the Judean shepherds were lifted from EARTH’S SHEEP FOLD to HEAVEN’S CHOIR ROOM!

“GLORY TO GOD 🔵 IN THE HIGHEST, AND ON EARTH PEACE AMONG MEN!”

Fact: “THE NEARER WE DRAW TO BETHLEHEM’S LOWLY BABE, THE HIGHER WE ASCEND TO HEAVEN’S GLORIOUS GOD.”

That is why the BABY 🚼 HAS COME. Through Him, the Heavenly Father SHALL BRING MANY SONS TO GLORY! (Hebrews 2:10) They shall GLORIFY HIS FATHER AND THEIR FATHER IN HEAVEN FOREVER!

There is not one weak, lowly, dark 🌑moment in Christ’s earthly life, but that it is overwhelmed by that which is powerful, high, and bright!

THAT is exactly how it shall culminate, for when things are really looking down, we shall look up to see 👀 our REDEMPTION DRAWING NIGH! The bad shall never triumph over the good!

Of God and Kings Bad Will Not Win Over Good Pt. 2