A CITY WITHOUT WALLS 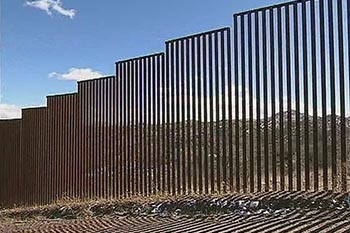 It is more than striking how the principles of God’s Word keep rising up over and over again in the course of history. The Bible is full of universal POP TARTS that just keep on popping up. The fact is this:

That is true for nations as well as for individual people.

There is a text in a Psalm, which Psalm is viewed by many theologians as the Psalm of psalms! We read in Psalm 119:104 these words of the Psalmist saying to God,

“Your PRECEPTS give into me understanding,
and I hate every wrong way.”

Now then, the word PRECEPT may not be understood by lots of folks. I recall a young person who thought perhaps a PRECEPT was like a TRICEPT in the human body. Honest mistake! No, a PRECEPT is not a muscle in the human body, but it is full of muscle of a spiritual and moral kind!

PRECEPT is really another word for PRINCIPLE. Hear it:

“A Biblical PRECEPT (principle)
is a rule given by God that
MUST always guide us
in our thoughts and
in our conduct.”

“People who are followers of Bible
PRECEPTS are always people
of great PRINCIPLE!”

THE WALL PRINCIPLE – A BIBLE PRECEPT

“A man that does not rule his own
spirit, is like a city that is
broken down and
without WALLS.”

Another version of the same text could read:

“A man without SELF CONTROL
is like a city without WALLS.”

There you have it, a brick and mortar Bible PRECEPT that is as old and frankly older than the WALLS OF JERICHO. Yes I know, those walls came tumbling down, but this STONEWALL PRINCIPLE will never crumble.

What’s the point? The principal point is that a man who does not rule his spirit(i.e. has no self-control), has no way of keeping evil and destructive thoughts from coming into his mind and capturing his heart. If you will, he is a sitting duck and an accident waiting to happen. He is fair game for every intruder who would enter his life and destroy him.

Likewise, in those days, a city of many people without WALLS to protect them, was vulnerable to the attack of every demon driven enemy that lives by drinking the blood of innocent people. (Ever hear of KATES LAW?)

As a matter of fact, Jerusalem was annihilated by the Babylonians, and in her smashed and DEWALLED state was the laughing stock of the nations. And in that condition, guess who would have the last laugh, and it wasn’t the Jews! So we read the Jewish people saying to each other in Nehemiah 2:17,

“Come, let us rebuild the WALL of
Jerusalem, so that we will no
longer be a disgrace (or
no more be a reproach.)”

I doubt that President Donald Trump even begins to realize how Biblical he really is! A Biblically Principled President? YES! He is not only Biblically PERCEPTIVE, but very Biblically PRECEPTIVE! In these dangerous times of TERRORISTS and RAPISTS and MURDERERS and DRUGGIES and CRIMINALS of every kind pouring across America’s southern borders, it is providential to have a man of BIBLICAL PRINCIPLE in the WHITE HOUSE!

OPEN BORDERS! If in fact the borders are open, they are in fact not borders. All they are is continuous landmasses and or waterways that belong to everyone from everywhere. What you then have is a nation without borders, which is then an undefined country and no nation at all.

What is it that we as Americans sing? Oh yes:

“This land is your land,
this land is my land,
from California to the New York Island,
from the Redwood Forests
to the Gulfstream Waters,
this land belongs to you and me.”

No it doesn’t! With open borders this land belongs to everyone, including ever radical, rabble rourser, and revolutionary that hates America and wants to destroy it. BUILD THAT WALL!

Never forget that Heaven – the New Jerusalem according to Revelation 21:12 has a GREAT HIGH WALL! Yes, you read me right! A WALL is an eternal principle, a heavenly principle. God is the greatest wall builder, and no bad boys or demons of Hell will get through, over, beneath, or around that wall! Hell hates Heaven’s Wall!

The World War Of Two Wisdoms

Woe To The Bloody Builders