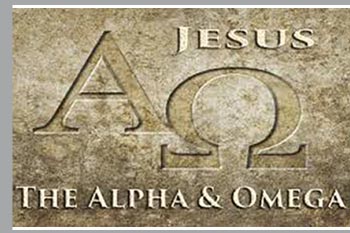 The typical view of history by society in the main is that people don’t have much of view of history. Many when asked about it say that they really do not think about it much. They were in a HISTORY CLASS in high school, but it really wasn’t their favorite course. History is for historians! It doesn’t have much to do with them.

Their philosophy of life explains their total indifference to history. When it comes right down to it, overall the flow of the years in a cosmic sense is POINTLESS, PURPOSELESS, and PLOTLESS.

In short, life on a day to day basis is all about getting up on the right side of the bed, and the favor of the gods.

Which is exactly why people at best say to each other over and over,

” QUE SERA SERA – WHATEVER WILL BE WILL BE.”

“HISTORY IS MORE OR LESS BUNK.”

In case you haven’t noticed, the word HISTORY is made up of two words – a personal possessive pronoun, and a noun with each sharing an “s”:

Well, that makes people 😠 mad right away. They don’t care about someone else’s story first of all, whoever that someone is. No 👎,

“WHAT MATTERS IS NOT HIS- STORY, BUT WHAT REALLY MATTERS IS MY-STORY.”

I mean, let’s get our PRONOUNS and our NOUNS straight here. What’s mine is mine, and what’s his is his, whoever the his may be.

Oh I see, you want to spell it MYSTORY! Not HISTORY! Not even OURSTORY, or THEIRSTORY, or anyone else’s story. And certainly not HISTORY! MY-STORY!!!!!!

I guess then I would to say to you that you are trying to rewrite history literally.

***
By the way, you are not alone! The world 🌎 is full of people today who want to rewrite HISTORY. And in particular, the LEFT WING DEVIATE DEMOCRATS in America are all about rewriting history, and in particular America’s HISTORY BOOKS.

You must be aware that many elements in AMERICAN HISTORY BOOKS 📚 THAT HAVE TO DO WITH GOD, BIBLE, PRAYER, PILGRIMS, THANKSGIVING, WORSHIP, are being purged. All of which is really the goal to take HIS totally out of HISTORY.

Listen, and hear it strong 💪,

“IF YOU TAKE THE HIS OUT OF HISTORY, HISTORY FOR YOU WILL BE AN ETERNAL MY-STERY, BECAUSE IT IS ROOTED IN MY AND NOT HIS!”

GOT it? And again,

“HISTORY CANNOT BE RESPELLED BY SIMPLY CHANGING PRONOUNS. IF YOU CHANGE IT TO MYTORY, YOU HAVE TO SUPPLY YOUR OWN S. IN OTHER WORDS, HIS IS IRREPLACEABLE IN HISTORY.”

We read again the words of Jesus in Revelation 22:13,

In case you don’t know, ALPHA and OMEGA are the first and last letters of an alphabet – The GREEK ALPHABET. The language in which the New Testament was written.

Jesus knew how to be relevant and contemporary. The words ALPHA and OMEGA are still part of many languages of the world.

ALPHA! THE FIRST LETTER of the Greek alphabet. Jesus says, “I AM ALPHA.”

What do you use as an AUTHOR? You use LETTERS and WORDS! THIS is Jesus way of staying the following:
1. HISTORY STARTS WITH ME, AND NO ONE ELSE. I AM ALPHA.
2. I AM THE AUTHOR OF HISTORY, I WRITE IT. ALL OF THE LETTERS OF THE ALPHABET COME TO LIFE WHEN I WRITE THEM!
3. WHAT I WRITE COMES TO PASS. I AM NOT AN HISTORIAN, I AM HISTORY.
4. THERE ARE NO MISSPELLED WORDS AS I WRITE HISTORY, AND THERE ARE NO LOST CHAPTERS. WHAT YOU CALL DARK AGES ARE LIGHT AGES TO ME.
5. I AM ALWAYS BUSY WRITING MY PLOT AND MY PURPOSE BOTH FOR PEOPLE AND PLANETS.
6. SATAN IS ALWAYS BUSY TRYING TO REWRITE HISTORY WITH HIS OWN DEVILISH PLOTS AND SCHEMES. THEY WILL ULTIMATELY BE 🔥 BURNED IN HELL WITH SATAN HIMSELF.

“IN THE BEGINNING WAS THE WORD, AND THE WAS WITH GOD, AND THE WORD WAS GOD.”

Jesus is called THE WORD, and as it is with words, JESUS BOTH SPOKE WORDS AND WROTE WORDS. In either case, whether He SPOKE or WROTE, IT ALWAYS CAME AND COMES TO PASS.

“READ THE BIBLE FAITHFULLY, AND WHEN YOU DO YOU ARE LITERALLY WATCHING HISTORY COME TO PASS. ”

“IF YOU LOOK ANYWHERE ELSE FOR THE TRUE FLOW AND MEANING OF HISTORY, YOU ARE PANNING FOOL’S GOLD.”

Many readers remember the striking image author Kathleen Norris sketched in her book “DAKOTA.” The memoir recounts Norris’s move from the metropolis of New York City, to the quiet rural confines of tiny Lemmon, North Dakota, and her return church life along the way too.

She notes, “I was drawn to the strong old women in the congregation. Their well worn Bibles said to me, ‘There is more here than you know,’ and made me take more seriously the religion that had caused my grandmother’s TOTTEN’S BIBLE to be so well
used.”

Oh yes indeed, they in those Bible’s found creation, salvation, forgiveness of sins, sanctification, eternal life, and their home in Heaven.

But more than that:

“THE MYSTERY OF HISTORY EXPLAINED AND FULFILLED
IN LIVING AND BREATHTAKING COLOR AND DETAIL. ”

Barry Manilow wrote a classic hit song entitled I WRITE THE SONGS. The words are gripping:

“I’VE BEEN ALIVE FOREVER,
AND I WROTE THE VERY FIRST SONG,
I PUT THE WORDS AND MELODIES TOGETHER,
I AM MUSIC, AND I WRITE THE SONGS.”

It was not only a classic, it was classical! I AM MUSIC! I had never met music 🎶 as a person. An eternal person. MUSIC almost sounds like GOD.

Likewise I hear another voice:

“IV’E BEEN ALIVE FOREVER,
AND I WROTE THE VERY FIRST ALPHA,
I PUT THE LETTERS AND WORDS TOGETHER,
I AM HISTORY AND I WRITE THE STORY.”

NOTHING IS LEFT TO CHANCE

The words of ALPHA in Matthew 5:21 are revealing:

“For verily I sat unto you, heaven and earth shall not pass,
one JOT and one TITTLE shall in no wise pass away
until all things be fulfilled. ”

Speaking of the Greek alphabet, the JOT is one of the smallest letters in the Greek language. It is highlighted for this point,

“WHEN JESUS THE ALPHA WRITES HIS-TORY, ATTENTION TO THE SMALLEST DETAIL IS THE FOCUS.”

So attentive to detail is ALPHA, that He even employs the TITTLE. What in the world is the TITTLE? It is the very smallest part of a letter. It is a mere WISP, a tiny CURL that distinguishes one letter from another.

ALPHA THE HISTORY WRITER leaves nothing in HISTORY dangling in the fickle winds of chance. That is not HISTORY’S WRITING STYLE.

In Matthew 10:29 and Luke 12:7 we are told that not a 🐦 birdie in the air, and not a hair 💇 on our heads can fall to the ground without the permissive will and care of our Father in Heaven.

Do you mean that ALPHA actually writes such JOT-Y and TITTLE-Y things into HIS-TORY of our lives. Do you mean to tell me that He loves me so much that He attends to even the piddly things as the hairs in the teeth of my comb?

Yes, that with ALPHA is the story of our lives. It is HIS-TORY! It is a LOVE STORY, like no other love story in the world.

And when it came to my sins, ALPHA wrote His hellish death for my sins into HIS-STORY of my life. Then He died, for WHAT HE WRITES HE DOES. How do I know that? Because He says in Jeremiah 1:12,

“YOU HAVE SEEN WELL, FOR I AM WATCHING OVER MY WORD TO PERFORM IT.”

Revelation 22:13 says He said it. He said that He is both the first and the last letter of the Greek alphabet.

OMEGA IS THE LAST LETTER, AND ALPHA IS THE FIRST. So what Jesus is saying is this:

“I BEGAN HISTORY, AND I WILL CONCLUDE HISTORY.”

“I WRITE HISTORY FROM THE BEGINNING TO THE END.”

The time is coming that time will be ended, and history will run out of time. Revelation 12:10 says,

“AND I SWARE BY HIM THAT LIVETH–THAT THERE WILL BE TIME NO LONGER.”

JESUS will usher in His ETERNAL KINGDOM, and HIS CHILDREN SHALL REIGN WITH HIM FOREVER.

OMEGA WILL PUT AN END TO THE KINGDOMS OF THE WORLD. THERE WILL BE ONE KINGDOM FOREVER, THE KINGDOM OF OUR LORD AND OF HIS CHRIST, AND HE SHALL REIGN FOREVER AND EVER. (Revelationn 11:15)

The masses believe Satan’s lie that this cosmos will never end, and the world’s kingdoms will go on and on and on.

It’s the delusion of the masses, and under that addiction, they live with no sense of the eternal, just the temporal.

Jesus – The Beginning And The End Christmas Giving – Life Or Death

Jesus – The First And The Last