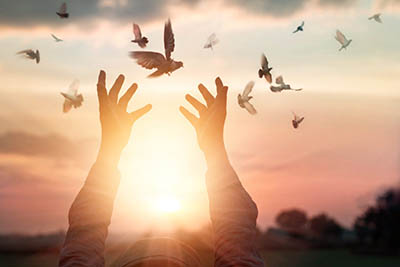 God created man 🚹 and woman 🚺 with the power of REASON. Rational beings. The CROWN 👑 OF HIS CREATION. The closest to and the only IMAGE of God in the whole universe.

REASON! It sets man apart from all other created beings. It enables man to understand and grasp that which is far beyond him. Man can solve mysteries, comprehend the incomprehensible, make sense out of the seemingly nonsensical, and achieve the unachievable. No wonder God says about man in Psalm 139:14,

“FEARFULLY AND WONDERFULLY MADE.”

Let us also be upfront at the outset about man the RATIONAL BEING. Man in this AGE of RATIONALISM has deified REASON. He thinks he is on his way to omniscience. But the more he knows, the more he doesn’t know.

First, compared to God, it goes without saying that we are all mental simpletons. Second, man in his sin darkened state carries his reason in a dimmed lantern. Third, man’s reason because of sin is bent downward and not upward, horizontally and not vertically.

Man’s reason in comparison to God is like a small star * in contrast to the sun 🌞. Nontheless, that statement is not intended to disparage the star, but only to duly credit the sun. The star still shines in the darkness of night, though the sun alone brings forth the full LIGHT of day.

With all of that said, what man has done through his cognitive powers has been and is downright staggering. This computer tablet on which I write this message is able to contact my friends at home and abroad visually and audibly in living color. It is like being in the same room. Smarty man leaves us dumbfounded.

God holds man’s reason in such high regard that He actually appeals to it. ABSOLUTELY ASTONISHING! The omniscient and all wise God invites man to REASON WITH HIM! God actually says to man,

“COME, LET’S HAVE A MEETING OF THE MINDS.”

“COME NOW, LET US REASON TOGETHER SAYS THE LORD, THOUGH YOUR SINS BE AS SCARLET, THEY SHALL BE WHITE AS SNOW, THOUGH THEY BE AS CRIMSON THEY SHALL BE AS WOOL.”

COME LET US REASON! TOGETHER! God here is actually inviting man to meet with Him in a DIVINE – HUMAN SUMMIT. God says, “COME!” God has something eternally important to discuss with man. There is really nothing like it in the entire Word of God. It is almost as if the conference table is set, the coffee ☕ is ready, let the discussion began. You talk about a gold leaf invitation. I would not miss it if I were you! It makes an invitation to the White House look small in comparison.

When you meet with Him, there will be little time for small talk. God has a way of cutting to the chase. Just like Jesus, God in the flesh, when He was on earth. Very little time for dilly dally.

He is going to make you an offer of a lifetime! An offer that you can’t refuse if you are truly reasonable. SO, USE YOUR HEAD. THINK IT OVER CAREFULLY. GATHER YOUR WITS. DON’T BE STUPID. His offer is going to be breathtaking.

Who in their right mind would refuse God’s stunning offer? Though all of our personal biographies are scarlet lettered and riddled with sin, He is offering to make us as pure and white as newly fallen snow. All of the red lettered sins will be erased, and it will be as if we never sinned. You won’t even recognize yourself in your own biography! It will seem at first like you are reading something from fantasyland.

Come on now, think about it! Even though you perhaps regard your sins as PINK AT WORST, and not scarlet or crimson, who would not want their life made spotless as a lamb’s 🐑 wool?

Just so you know, the lamb 🐑 is Jesus Christ who died for our sins so that your record and mine might be washed clean. And as you reason with God and you ask Him why He gave His Son to die for your sins, just look in His eyes and you will see the reason. His teary eyes are filled with love!

YOUR MIND – ALL IN

The anti-God, anti-Christ, anti-Bible leftist secularists of today, accuse Christians and Christianity of being mindless and retarded. According to them Christians are low IQ ignoramuses, while the unbelievers and atheists are the Rhode Scholars.

Hollywood is a 😠 demonized monster that constantly portrays Christians in the role of red neck retards. Religious people are cast as demeaning and degrading characters, leaving everyone with the question, “Who in their right mind would ever want to be a Christian?” When the fact of the matter is that the Godly are the only right minded people in the world. They alone have REASONED WITH GOD.

WHAT DO WE MEAN when we are invited to REASON WITH GOD? Jesus gave to a lawyer the greatest commandment in all the world. Jesus told the legal mind in Matthew 32:37,

The HEART and the MIND are as it were the TWO WINGS OF THE SOUL. Man was not created to be earthly minded, but Heavenly minded first of all and always. The HEART and the MIND working together enable the SOUL to soar into the presence of God. LOVE AND REASON will speed you down the runway, and up ☝ you go!

COME NOW – BE REASONABLE! Really think objectively. Do not let the world of people do your thinking and reasoning for you. That is our number one problem, we let others do our thinking for us. In fact, we tend to be mentally lazy, and we accept other’s conclusions and their reasons for them. No, use your own head and come to your own conclusions

Are you ready? Tie up the loose ends of your mind. When Jesus Christ was born in this world, He SPLIT TIME IN HALF. Have you ever really thought about that? Yes, He divided history in half. No easy task, but it is indisputable. All history was divided by a baby 🚼 – B.C. and A.D. – BEFORE CHRIST and ANNO DOMINI – THE YEAR OF THE LORD.

Sweet little Jesus boy, born in a manger, divided the cosmic calendar. Everything counted down to His first coming (Christmas), and now everything counts up to His second coming.

Time runs our lives, we do not run time. How often have you asked, “What time is it?” Or asked someone, “How old are you?” Time is our point of reference, we are not time’s point of reference. We are being governed by time, we don’t govern time. Let alone split it! You can call time out, and the referee will stop the game clock. But you cannot stop God’s clock, for we are all on GST- GOD STANDARD TIME.

Now then, be reasonable! Only someone who is timeless, outside of time, and above time could so decisively begin time and divide time and soon end time. God and God alone! When God became man in the person of Jesus Christ, He ended and began history all at once. A mere man could not do that.

You now have several good reasons to believe in God, and no good reason not to believe in God.
1. No mere man could have begun time. I mean, after all, where do you begin and with what number? There is no ancient numerologist who would have had the foggiest idea 💡 where he was in the number scale. GOD ALONE!

2. And who would have thought to numerically subtract history from the beginning mystery number? Counting down! For what purpose mind you? Who would have imagined tallying reverse history? We all prefer addition, not subtraction! That is until we get to the golden years which are in fact a misnomer. I always disliked talking about ancient history and always having to put a MINUS before the dusty year in question. I prefer PLUSES. Only God would have knowingly started a COUNTDOWN! GOD ALONE counted down to the most important birth in all of history!

3. Then when God became flesh in a baby boy, all of history was divided and started a plus countup in the opposite direction? I have heard of significant births and memorials, but this is rediculous! Every time we celebrate a new year, we celebrate Him Who restarted history on a brand new upward climb.

Of course, Satan and his followers are still around trying to turn the pluses into minuses! IF Satan had his way when history hit zero, he would have numbered it MINUS 1, MINUS 2, MINUS 3, so that now we would be at MINUS 2019 ANNO SATANI. But we in fact are in 2019 ANNO DOMINI the YEAR of the LORD! GOD ALONE!

4. Go figure! How could we miss it all? Well now, most people are so smashed on New Years Eve, that their powers of reason are totally blasted too. Their brains are 90 proof, and their reasons totally miss the season – THE NEW YEAR OF THE LORD! They begin the new year with an old familiar hangover, while sober and reasonable believers begin the new year with a renewed resolve to serve Jesus the LORD of the new year as never before. ANNO DOMINI! GOD ALONE!

True, there are those who as we say MAKE HISTORY. But no man owns history from beginning to end. Only He Who began history, divided history, and shall conclude history, walks with the entirety of history like a history book tucked under His arm. GOD ALONE. HIS-STORY!

COME NOW AND LET US REASON TOGETHER SAYS THE LORD!

But there is more!

“IN THE BEGINNING GOD CREATED THE HEAVENS AND THE EARTH.”

Of course if you speak those words in a modern university clsssroom, they will look at you as if you are from the planet Mars. Some creature from outer space.

Why? Because for a long time now grade school, high school, and college students in America are being taught that this unfathomably massive and yet intricate universe resulted from the BIG BANG THEORY.

Matter is eternal, so they are taught, and it got super dense and then blew up. And the result of the cosmic explosion is the colossal billions of galaxies, planets still being discovered, and innumerable stars of the unlimited expanse we refer to as outer space.

Think about it carefully. The moon 🌙 that we can see 👀 is about 250,000 miles from planet earth. The stars 🌟🌟🌟🌟🌟🌟🌟, too many to count, are 6000 light years away from earth. A light year is 3 and 1/2 trillion miles, which is approximately 19 and 1/2 quadrillion miles away. All figures so vast that we cannot even begin to get a hold of them! And all of this and more from an impersonal and chance boom resulting in this spectacularly ordered universe.

Come now, be reasonable. That would be the same as a bomb going off in a junkyard, and when the dust settled, there stood a 747 Super Jet in perfect flying order. Welcome to Disney World. Hear 👂 it:

“A MAJESTICALLY ORDERED UNIVERSE REQUIRES A MAJESTIC CREATOR AND DESIGNER.”

I challenge you to do the reasonable thing! Believe in the CREATOR GOD, and in His RECREATOR SON JESUS CHRIST. Your whole world will be new and so will you.

When Everything is Backwards War of the Seeds Pt. 1