You Rock My World 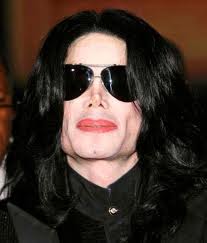 It is intriguing how modern day religious slanguage so often finds its way from the secular world into the sacred world. The modern church so often reflects the culture rather than the modern culture reflects the church. Conformity has gone the wrong way! Or as Eric Mascall points out so rightly:

“WHAT WE NEED IS NOT A SECULAR THEOLOGY (which is  what we have today), BUT WHAT WE DO NEED IS A THEOLOGY OF THE SECULAR (which is what I will try to give in this teaching).”

One of the most recent of these religious slanguages has taken society and the church by storm. I am sure many of you will recognize it immediately once we get into it.

By way of introduction, suffice it to say that if there has ever been a time that we must pray the inspired words of Psalm 19:14, it is now:

“Let the words of my mouth and the meditation of my heart be acceptable in Thy sight, O Lord, my ROCK and my REDEEMER.”

It is the in thing! It is the pop-rock jive of the day. It is the cool way to talk! It is the in badge of our culture. Anybody who is with it today talks like the following:

-To an entertainer, “You ROCK my world.”

-To a preacher, “Your sermons ROCK me.”

-To a fellow worshiper, “This service really ROCKED me.”

-To a church seeker, “That church really ROCKS me.”

-To a congregation by the pastor, “Let’s ROCK this place.”

It goes on from there to other expressions in the “YOU ROCK MY WORLD” culture like:

-You ROCK my socks.

-You ROCK you rule.

-I ROCK you suck.

-You ROCK my bed.

I have for some time now been hearing this “YOU ROCK STUFF” all over the place, in the world-world and in the church-world equally as much. I hear my grandchildren now getting in on the ROCK JIVE with YOU ROCK THIS and YOU ROCK THAT, THIS ROCKS and THAT ROCKS, HE ROCKS and SHE ROCKS, without the slightest idea of its roots, source, context, or meaning. Now everything and everyone that tickles your Elmo ROCKS OUR WORLD.

How quickly adults and youth learn and speak the language of their culture, and how slow they are to learn and speak the language of the Bible. And little children, what do they know? Monkey see, monkey do. So gullible, so vulnerable, so naive, so unknowing, so undiscerning. As my grandchild asked recently, “Are spareribs from people?” We don’t generally think of animals having ribs, but humans have ribs. And so it goes.

“THE MIND OF MAN IS MORE LIKE A PICTURE GALLERY

THAN A DEBATING CHAMBER.”

That is truer of children than anyone else. That is why careless talk in front of children, who have, after all, very little experience on which to base a judgment or to sift the chaff from the wheat, is nothing short of criminal.

YOU ROCK MY WHATEVER began with the late pop singer Michael Jackson and his music video entitled YOU ROCK MY WORLD. It was also the debut single from Jackson’s 2001 album INVINCIBLE. The song peaked at #10 on the U.S. Hot 100, his first top 10 single in six years. The song was nominated for “Best Male Performance” in the 2002 Grammy Awards.

The music video “You Rock My World” follows a story in which Michael Jackson and Chris Tucker spot an attractive and sensuous woman played by Kishaya Dudley, and they follow her into a nightclub called “Waterfront Hotel” (in reference to a film starring Marlin Brando who plays the club owner in this music video).

Jackson gyrates the woman with a song (You Rock My World), as well as performs his bump-and-grind dance moves. After a fight with another one of Kishaya Dudley’s suitors, and a fire in the nightclub, Jackson later meets up with the attractive woman of his LUST, and the two share an intimate moment before driving away in Tucker’s car.

The song YOU ROCK MY WORLD heats up to its sexual boiling point with Jackson’s passionate appeal:

You rock my world!

(You rocked my world, you know you did)

The way you talk to me,

The way you lovin’ me,

The way you…YOU GIVE IT TO ME!

(You rocked my world, you know you did)

(You rocked my world, you know you did.)

You rock my world…GIVE IT TO ME –

It is not surprising then that another version of the YOU ROCK CULTURE is YOU ROCK MY BED – whether it is in a car or wherever. YOU ROCK MY WORLD is marinated in sexual juices from its very beginning. It was conceived in the steamy rock-pop culture of the late Michael Jackson.

So then, THE ORIGINAL AND REAL MEANING of YOU ROCK MY WORLD comes from Michael Jackson being rocked into a SEXUAL FRENZY. You flip me out! You rock my boat. You get it on! You send me over the top! You take me beyond all limitations! You break all barriers! You rock me into rapture! Give it to me! Come on girl!

I am reminded of the words of Shakespeare:

“LUST IS THE EXPENSE OF THE SPIRIT IN A WASTE OF

SHAME. IT SQUANDERS THE ENERGIES OF LIFE.”

“THAT MAN WHO IS ADDICTED TO SENSUALISM AND

FLESHLY APPETITES WILL HAVE LITTLE

APPETITE FOR THE SPIRITUAL WHICH

IS SEASONED BY  VIRTUE.”

Moreover, I have never seem the energies of life so shamefully wasted as in the grinding-groin dances of Michael Jackson.

C. S. Lewis once said in a lecture at Trinity College in Dublin:

“THE WORLD OF THE ANIMAL MAY BE A SMALLER

WORLD THAN OURS, BUT HE IS WISE ENOUGH

TO USE EVERY SCRAP OF IT TO

Humans are so wasteful in squandering their energies. How do you spend your brief adult life Michael? Bumping and grinding my groin!

So today, much of the modern church adopts MOVIE LINGO and REALITY TELEVISION and MUSIC VIDEO references in sermon and drama themes to be in with THE POP CULTURE of the day. That way the church doesn’t seem quite as different from the prevailing culture, and with its own seeker-friendly mentality not quite as religious or spiritually sharp-edged.

It is all part of the modern day church adapting to the culture, which makes it much easier for the culture to identify with the church. You know, Sunday suits are now hung in the closets, and khakis, jeans, and t-shirts are worn in their places. Preaching is out, and talking-dialogue is in. Free coupons in the bulletin for coffee and cookies in the church-foyer’s souvenir and snack shop. All in the name of RELEVANCE which now has become the modern hook. After all, you have to hook ‘em before you can land ‘em. It is all really a marketing strategy, a hook rippling through the community like a fisherman’s lure.

Thus it is that we are now finding marriage-sermon themes like HOW TO ROCK HER WORLD and HOW TO ROCK HIS WORLD. Michael Jackson religion! Very common! Many churches have now for some time swapped Biblical terminology like AMEN – HALLELUJAH – AND ALMIGHTY GOD for YEAH, YEAH and YOU ROCK GOD. Sort of like the song from the movie Major League – WILD THING, YOU MAKE MY HEART SING. Michael Jackson type worship!

In all of this YOU ROCK MANIA, the church gets in line and harvests the next-lowest stratum of stuff, while singing and cheering all the way. As if the movie and entertainment industries are the paragons of virtue, when in fact they are the sewers of vice.

Here is where it can lead. A pastor promotes his sermon series in the following way:

“YOU CAN BE A WORLD ROCKER AND HAVE YOUR

WORLD ROCKED. THIS SERMON, WHICH IS THE

SECOND IN THE SERIES, ‘THE GOSPEL

ACCORDING TO MICHAEL JACKSON’

WILL PROVIDE YOU WITH WHAT

YOU NEED TO BE A WORLD

“WHAT WE NEED TODAY SO DESPERATELY IS THE PURE

WORSHIP WITHOUT THE COMMUNICATIONS

AND WORDS OF CARNAL WORLDLINGS.”

“THE PLEASURES OF A PIG CANNOT BE THE

I am reminded of the powerful words of Psalm 74:18 KJV,

“Remember this, that the enemy hath reproached, O Lord,

and that the foolish people have BLASPHEMED

What is blasphemy? It is this:

“SIN WHICH IS NOT ONLY PROMOTED, BUT EXALTED

AND LIFTED UP TO DIVINE STATUS.”

To take Michael Jackson’s lustful moves and fornicating words and apply them to the Holy God is about as blasphemous as you can get. Hear me:

“MEN SIN TO THE HIGHEST DEGREE POSSIBLE WHEN

THEY APPROACH AND REFER TO GOD WITH THE

“FOR THE CHURCH TO APPLY TO GOD WHAT THE

WORLD ADORINGLY APPLIES TO SIN IS

BLASPHEMY OF BOTH THE HIGHEST

“THERE IS NO GREATER BLASPHEMY THAN TO SEE AND

HEAR PURITY IDENTIFIED WITH FILTH, AND THE

TO BE ASSOCIATED WITH LUST

Listen again! We read in Isaiah 52:5 KJV God saying through the Prophet,

“…and My name is continually BLASPHEMED all day long.”

And where you read the word BLASPHEMED all day long, the Hebrew word there for BLASPHEMED means:

“TO BE PIERCED, TO BE STUNG ALL DAY LONG.”

Now then, BLASPHEMY PIERCES and STINGS GOD’S HOLY HONOR which is the very apple of His eye. Of that He is supremely jealous, and will admit of no association with unholiness whatsoever. There is no greater piercing or sting to the Holy God than to hear Michael Jackson’s lustful refrain to the seductive girl named GEETHU, “YOU ROCK MY WORLD,” now being applied to God Himself, “YOU ROCK MY WORLD.” Truly the foolish people blaspheme His name with painful piercings and stings rather than honor Him with holy praises and spiritual songs.

When I am in a church that descends into such vulgarity, I come down with what feels like a sudden illness and pain, something like food poisoning or maybe a burst appendix.

“THE VERY  THINGS THAT APPEAR AMIABLE IN THE

LIGHT OF THE WORLD, APPEAR HIDEOUS IN

THE LIGHT OF THE WORD.”

What is happening in the House of God today cannot be corrected by a coat of paint, a few new windowpanes, and some newly hung banners. It will only be corrected when its rightful Owner, Who has been driven out by a rock ‘n’ roll song of sexual lust, is exalted in holiness once again, and comes back to take up residence in His Holy House of Worship once more. That will not happen as long as the RIGHTEOUS GOD is worshipped with ROTTENNESS.

“ROCK OF AGES, CLEFT FOR ME, LET ME HIDE MYSELF

IN THEE; LET THE WATER AND THE BLOOD,

FROM THY WOUNDED SIDE WHICH

FLOWED, BE OF SIN THE DOUBLE

CURE, SAVE FROM WRATH AND

“WHILE I DRAW THIS FLEETING BREATH, WHEN MY

EYES SHALL CLOSE IN DEATH, WHEN I RISE

TO WORLDS UNKNOWN, AND BEHOLD YOU

ON THY THRONE, ROCK OF AGES, CLEFT

FOR ME, LET ME HIDE MYSELF

The Religion Of No Offense