The Generation That Shall Not Pass Away 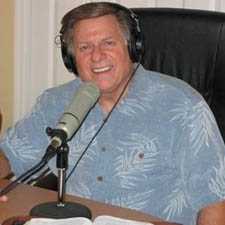 I thank Dr. Steven Lambert of the internet Spirit Life Magazine for his permission to print this most insightful and inspiring article on the final generation before the rapture of the redeemed Bride of Christ. Please visit www.spiritlifemag.com for a wealth of Biblical wisdom and guidance. Now the article.
*****
The adoption of UN General Assembly Resolution 181 by the narrowest of margins on November 29, 1947 paved the way for the recognition of Israel as a nation by the existing global community of nations, which was followed by the Israeli Declaration of Independence on May 14, 1948, officially declaring the establishment of the new independent national state named ISRAEL.
The reestablishment of Israel was the fulfillment of Jesus’ prophecy concerning the budding FIG TREE (Matthew 24:32-37), which is a Biblical symbol of the nation of Israel. Jesus said (v. 33),
“When you see all these things, recognize that He is NEAR,

RIGHT AT THE DOOR!”

And in verse 37, He further clarifies that what He is alluding to is,

“THE COMING OF THE SON OF MAN!”

On May 14, 1948 the prophetic clock began ticking! With the Declaration of Independence by the Jewish Agency led by David Ben-Gurion and the resultant naming of Israel as a nation, the return of Christ for His Millennial reign with His Co-Sovereign Eternal Bride was made imminent; so imminent that Jesus has been standing ready,

“RIGHT AT THE DOOR”

ever since. Remember that with the Lord a THOUSAND YEARS is as a DAY!

Of the exact 24-hour “day” of His return, Jesus explicitly stated, “But of that day NO ONE KNOWS, not even the angels of heaven, nor the Son, but the Father alone (by the way, another of a plethora of problematic passages and concepts for “Oneness” proponents to explain; I guess somehow the Modality or Manifestation aspect of the Godhead that is the Son has unexplainable amnesia or cognitive blockage regarding this one aspect of Divine Omniscience).

So we cannot know the exact 24-hour earthly “day” He will return, but, nevertheless Jesus told us that when we see the eschatological (end-times) things come to pass He was prophesying about in his dissertation to the disciples, we can recognize that the time of His return is imminent.

Then He made a very critical statement concerning the period following the budding of the FIG TREE (again, eschatologically, the reestablishment of the nation of Israel). He said, “Truly I say to you, THIS GENERATION (i.e., the generation born at this time) SHALL NOT PASS AWAY until all these things take place.”

The “generation” born around the time of 1948 is generally referred to as the “Boomer Generation,” which generally is regarded as having begun following the end of WWII in 1945.

The Bible promises believers “seventy or eighty if by strength” years (Psalm 90:10) for the Bible-believing believer who will take the Kingdom by force (violence), and stand upon the promises of God for divine health and healing against all the ferocious attacks of the enemy and his illicit attempts to effect premature death.

While it is certain that “no one” except the Father knows the hour or the day, thereby rendering date-setting vanity, yet simple math informs us that seventy or eighty years from 1948 translates to 2018 or 2028, which would mean there are only eight or ten years left before the general season in which we can expect to see the return of Christ. (Please understand this message is not intended to be a teaching on eschatology, so please don’t parse it that way).

The alignment of other eschatological events prophesied in different parts of Scripture with present events, signs, and indicators, also verify that Christ must be RIGHT AT THE DOOR, poised for His SUDDEN return:

“For just as the lightning comes from the east, and flashes

even to the west, so shall the COMING OF THE

The message in all this is this: If you are a “BOOMER,” like me, “LOOK UP! FOR YOUR REDEMPTION DRAWETH NIGH!” JESUS IS COMING BACK SOON! We don’t have decades and decades that we can fritter away in worldly foolishness and mindless frolicking!

The message to the unrepentant, agnostic, or so-called atheistic sinner today is:

The message to the deceived contemporary religious Pharisees, caught up in religion and false spirituality and Gnosticism, rather than genuine relationship with THE REAL JESUS revealed in the Word of God is:

The message to the true Church that Jesus is building — The One-Third Remnant Church — REPENT! NOW! JESUS IS COMING! THE BRIDE MAKES HERSELF READY! Your builders hurry! HURRY! REPENT, RETURN, RECOVER, RESTORE, RESTRUCTURE! Soon, very soon, TIME WILL BE NO MORE!

The message to all my fellow BELIEVER-BOOMERS is: Yes, you are born again; yes, you have a home in heaven; yes, in this world you have experienced many tribulations; yes, you are fatigued and frustrated; yes, you can yield and go if that’s what you want — He will give you the desires of your heart and ask what YOU WILL and it shall be done unto you — but you also have the OATH OF GOD — seventy or eighty if by strength — you can also determine you will STAY and be part of the resolution, revolution, and restoration!

As for me, though I know what it is to “have the sentence of death within” me, I’M STAYING! to do whatever small part I can to be part of the RECOVERY that precedes the RETURN! Glory to God!

Seafarers’ Mission The Godlessness of Fear