Silence Is Not An Option 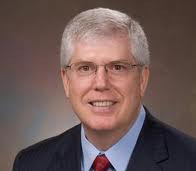 Mat Staver is Founder and Chairman of Liberty Counsel. Whole Truth Help welcomes his godly and much needed voice on the issues. Now his right-on article! [Bracketed comments are from Bob Klingenberg.]

When the president of Chick-fil-A is demonized for merely expressing his belief in the biblical model of marriage, it is time to speak up – or be forever silenced! Anyone who believes in Judeo-Christian values and morality should be jolted from passivity by this recent clash of cultural forces.

When mayors of large cities say Chick-fil-A is not welcome, we ought to be shocked into realizing that the time for silence is long past! Liberty Counsel has prepared a powerful new video as part of a special Action-pack named for the new reality Christians face in this increasingly hostile culture: “Silence is Not an Option.” Time is of the essence – we must mobilize and speak up!

Boston Mayor Tom Menino stirred up the ruckus when he told the Boston Herald that “it will be very difficult” for Chick-fil-A to get licenses for a restaurant in his city. The popular restaurant chain had been considering a pair of sites in the Boston metro area.

Writing to Chick-fil-A president Dan Cathy, Menino said: “I was angry to learn on the heels of your prejudiced statements about your search for a site to locate in Boston. There is no place for discrimination on Boston’s Freedom Trail and no place for your company alongside it. When Massachusetts became the first state in the country to recognize equal marriage rights, I personally stood on City Hall Plaza to greet same-sex couples coming here to be married. It would be an insult to them and to our city’s long history of expanding freedom to have a Chick-fil-A across the street from that spot.”

Really? In the Cradle of Liberty – no place for a family-owned business that operates by biblical principles, closes on Sunday, and whose president believes in natural marriage? This is a startling statement and signals that our society has come to an entirely new level of cultural division! Not only was Mr. Cathy demonized for his beliefs concerning marriage, but, according to Mayor Menino, his beliefs disqualify him from working in the Boston metro area!

Jumping on the bandwagon, Chicago Alderman Joe Moreno announced he would block Chick-fil-A from opening its restaurant in the Windy City. He said, “I don’t want you in the First Ward.” Chicago Mayor Rahm Emmanuel then piled on by saying, “Chick-fil-A values are not Chicago values.” What completely outrageous statements!

One may wonder what Dan Cathy could have possibly said to get these politicians so riled up. When asked by a reporter if he supported “traditional marriage,” Cathy responded, “We are very much supportive of the family – the biblical definition of the family unit. We are a family-owned business, a family-led business, and we are married to our first wives. We give God thanks for that.”

Does Cathy sound dangerous to you? Would his statement make you want to ban his business from operating in your community?

At least for The Muppets Company, creators of Kermit the Frog and Miss Piggy, Cathy’s statement was so offensive that thecompany stopped supplying toys for the Chick-fil-A Kid’s Meal. The Muppets Company then donated the money it had received from Chick-fil-A to a group working to legalize same-sex marriage in Washington State!

Liberty Counsel has been defending natural marriage for many years in more than 50 litigated cases. I have spoken frequently on this subject and have written a book entitled Same-Sex Marriage: Putting Every Household at Risk. Because of Liberty Counsel’s views on marriage, we have been labeled “haters” and called a “hate group” by some. So have other pro-family organizations.

But we will not be silent on this vital subject because the Bibleand the Christian faith are not silent concerning marriage!

History has taught us what can happen when good people remain silent. In his attempt to destroy the Jews, Hitler demonized them, isolated them, and forbade them from holding certain kinds of jobs. When the German people became desensitized to the Jewish race’s humanity, he placed them in ghettos, loaded them on trains like cattle, and shipped them to gas chambers.

By and large, the church remained silent during the rise of the Third Reich. Churchgoers went about their daily business and turned a blind eye to Hitler’s evil. Hitler could have been stopped had the church resisted him. But pastors liked their positions and Christians didn’t want to be bothered. The thought of getting involved and the unpleasantness they knew they would face was enough to keep them silent.

Today is no different! The Chick-fil-A incident is not an isolated event. It just received more publicity than most of the escalating number of incidences of anti-Christian bigotry in America. We must not allow this moment to pass without turning this outrageous situation into positive action!

PASTORS MUST BOLDLY PROCLAIM GOD’S WORD ON THE ISSUES OF THE DAY!

We are entering a critical time in America. Soon, we will have the most important election in our lifetime. Liberty Counsel has prepared a video called, “Silence is Not an Option” which provides a court-proven overview of what pastors and churches can do regarding political activity.

I want every God-fearing, Bible-believing pastor to take off the muzzle and exchange it for a megaphone! After listening to my message about what pastors and churches can do, Pastor John Hagee of the well-known Cornerstone Church in San Antonio, Texas, told me he felt “like an inmate let out of prison.”

Pastors can always speak on biblical issues! You do not need the approval of the IRS to preach the Bible. Even when politicians and elected officials are emphasizing divisive topics like marriage and abortion, it doesn’t somehow make the subjects exclusively “political” issues that are reserved to being matters of state. Pastors and other Christian leaders can always preach on the issues of the day!

Pastors can also educate people on where the candidates stand on the issues. Churches can host voter registration drives and pastors can urge people to vote their biblical values.

In fact, pastors enjoy a lot of freedom to speak on biblical issues, to educate about the candidates and their positions, and to motivate people to register and vote.

Fearing the IRS is a mythical concern perpetrated by those who want to silence the church. This is not a time to meekly maintain silence – it is the time to speak up!

THOSE WHO HOLD JUDEO-CHRISTIAN VALUES MUST WAKE UP AND SPEAK UP!

Speaking up is not only the duty of pastors, but also for everyone who believes in Judeo-Christian values and who loves liberty. We must all shake off the chains of passivity!

[The past 4 years have been an assault not only on Christianity in America, but an ongoing attempt to dismantle and destroy all Americanisms as never before in our history. Everything that is held dear as a church and as a nation is in peril. The army of the Church must be battle ready and on the attack against the onslaught of the enemies of our souls and the soul of this country.]

Liberty Counsel, our sister organization Liberty Counsel Action, and our Political Action Committee (Liberty Action PAC) are working in different ways to mobilize God-fearing, freedom-loving Americans to speak up. The Chick-fil-A incident illustrates with undeniable clarity that the clash of worldviews in this nation is becoming an outright state of warfare.

Those who believe in the Judeo-Christian worldview will be demonized and their right to work or pursue a profession will soon be shut down if we remain silent. We must take a stand and speak up NOW!

A CALL TO ACTION FOR ALL FREEDOM-LOVING AMERICANS

I encourage you to order the “Silence is Not an Option” DVD for distribution to pastors and churches throughout the nation. The special Action-pack also includes our new pocket-sized Patriot’s Handbook of Political Action for Pastors and Churches.

This is a crucial time for every freedom-loving American. Stay informed. Sign up for the free “Liberty Alert” educational email and our “Grassroots Action” emails on our website at LC.org or call 800-671-1776 to enroll.

Here are some additional things you can do right away: Get our Action-pack, “Silence is Not an Option,” and share it with your friends at work and where you worship. Establish a committee to educate your fellow church members and your pastor. Set up a voter registration drive. Make sure your friends are all registered to vote.

Financially supporting Liberty Counsel is also one of the best things you can do in this time of all-out assault on American liberty. We are defending life, liberty, and family, and we are mobilizing pastors and citizens nationwide to speak up! We need your prayers and financial support. Make a special one-time gift now and commit to contribute monthly. Become part of the solution!

[We commend Liberty Counsel for its proactive stand. We must remember that the main part of faith is its action, for without action faith is dead. Action is what elevates Christianity from bare notions into our Heavenly Father’s business. Faith and its profession is the beginning, but the practicing of faith is its authentication. The great deciding question at the last day will not be, “What have you said?” Nor will it be, “What have you believed?” Rather, it will be, “What have you done more than others?” Why? Because faith confined to the heart and mind is not so much believed as it is imprisoned. That’s why! And those who keep their faith imprisoned will soon find themselves in a state of imprisoned and lost liberties.]

Silence is simply not an option in 2012. We must speak up – or we will be forced to be forever silent!

[In other words, the time is now to put up or shut up forever. It is very significant that those religious types who are silent and do nothing about the real issues, are the very same people who criticize those who speak up and do something about the real issues. Hear it – the say nothing-do nothing  religious pastors and laity will reinstate the enemies of God in 2012.]

*Mathew D. Staver, who founded Liberty Counsel along with his wife, Anita, in 1989, serves as the organization’s Chairman. A leading constitutional attorney, widely read author, and sought-after speaker and cultural apologist, he also serves as Dean of the Liberty University School of Law and as Chairman of Liberty Counsel Action. Staver is among the core leaders of a national effort to rebuild the conservative movement in America.

The Finger Of God – Part 2 Dealing With Rejection Pt. 1