Justice Is Driven Back 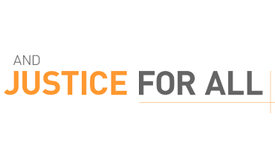 We read in Isaiah 59:14-15 that which is a description of not only the world today, but of the United States of America. Isaiah writes in words that truly read like  modern headlines today. Is this Pat Robertson’s commentary on modern events, or is this the Prophet Isaiah of the Old Testament speaking to Israel? You cannot get any more up-to-date than what now follows:

“And justice is turned back, and righteousness stands

far away; for truth has stumbled in the street, and

“Yes, truth is lacking, and he who turns aside from

evil makes himself a prey.”

Where you find one of these three satanic amigos, you will find all three – always. It was true of backslidden Israel in Isaiah’s day, and it is true of America in our day. They cannot and will not be separated or stand alone. They cannot exist apart from each other! Not ever!

These THREE SATANIC AMIGOS are the best, or should we say, the worst of friends. But they are the  bitter enemies of justice, righteousness, and truth.

And anyone who takes a stand against and turns aside from these THREE EVIL PREDATORS will become their prey. Just ask Kim Davis who was recently jailed for refusing to issue same-sex marriage licenses to perverts. This is only the beginning in a  society where:

-Justice is turned back (is resisted and derided).

-Righteousness stands far away (is a distant memory).

-Truth stumbles in the street (is a staggering drunk).

But the fact is that those who stand for justice, righteousness, and truth are viewed today as the predators, and the unjust, unrighteous, and untruthful people are their prey.

When you vote for an incumbent today, or their party, you are perpetuating our government as it is now.  Nothing will change.

Funny how that works when justice is driven back! And here’s another one worth considering:

2. Seems we constantly hear about how Social Security is going to run out of money. How come we never hear about welfare or food stamps running out of money?  What’s interesting is the first group “worked for” their money, but the second didn’t.

Think about it….. Last but not least:

3. Why are we cutting benefits for our veterans, no pay raises for our military and cutting our army to a level lower than before WWII, but we are not stopping payments to illegal aliens such as monthly payments for each child, money for housing, food stamps, free education including college and also the right to vote?

III. THE GOD OF JUSTICE

God is the very essence of justice. God cannot therefore be unjust. He is just and cannot do what is unjust, unfair, or wrong. Justice is one of God’s perfect attributes, because it flows out of His being the Holy God.

“The Almighty – we cannot find Him; He is exalted

in power; and He will not do violence to justice

Violence is done to justice when the terrorists and murderers in GITMO are released back into society to repeat their crimes against humanity.

And again, we read in the Bible that justice is the very bedrock of all that God is and does. Listen to Psalm 89:14,

“Righteousness and justice are the foundation of Thy

There you see all three in the positive:

But this time they are in the positive because they are bathed in LOVE AND KINDNESS. Hear it strong:

“WHEREVER YOU FIND A GOVERNMENT OF INJUSTICE,

UNRIGHTEOUSNESS, AND UNTRUTH, YOU WILL FIND

THAT IT IS STEWED IN THE JUICES OF HATRED

“INSTEAD OF JUSTICE FOR ALL, THERE IS

Now listen and feel the power of these power-point truths:

“GOD IS THE JUST GOD, THE GOD OF HOLY JUSTICE,

AWAY, SHE OF NECESSITY WILL TURN

What is happening in America should not surprise us therefore! So it is:

“THAT THE UNITED STATES GOVERNMENT ROBS

SOCIAL SECURITY OF BILLIONS OF DOLLARS

THAT WERE DEDICATED TO PRESERVE LIFE,

AND IT GIVES HUNDREDS OF BILLIONS OF

DOLLARS TO TERRORIST NATIONS WHO

ARE DEDICATED TO DESTROY LIFE.”

Justice in America has not only been driven far away, it has gone demonically insane. America, like so many godless, communist nations before her, is becoming one of the most UNJUST NATIONS ON THE FACE OF THE EARTH.

“IN GODLESS SOCIETIES, JUSTICE IS ALWAYS

DESIGNED TO DISFAVOR THE RIGHTEOUS

AND JUST, AND TO FAVOR THE UNJUST

“BABIES ARE BUTCHERED BY THE MILLIONS AS IF

THEY ARE THE GUILTY ONES, AND THEIR

BUTCHERS ARE PROTECTED BY LAW AS

Justice is turned away!

“POLICEMEN IN AMERICA ARE BEING VIEWED AS

THE UNJUST, AND THE CRIMINALS AND COP-

KILLERS ARE BEING  VIEWED AS THE JUST.”

Justice is turned back!

Injustice will not be allowed to stand! The JUST GOD OF HEAVEN AND EARTH WILL ONE DAY RESTORE PERFECT JUSTICE AND EXACT JUSTICE ON THE UNJUST FOREVER.

So it is in a JUSTICE-TURNED BACK SOCIETY, the two main pillars of government and morality, JUSTICE AND MERCY,  are made useless and ineffectual. Why? Because:

“IN A JUSTICE-TURNED-BACK SOCIETY, JUSTICE IS

VIEWED AS UNMERCIFUL, AND INJUSTICE IS

In point of fact:

“IN A JUSTICE-TURNED-BACK SOCIETY, JUSTICE IS

CALLED CRUELTY, AND COWARDICE IS CALLED

MERCY. THIS IS A FATAL AND PERNICIOUS

CONFUSION OF THE BEST OF VIRTUES.”

“IN THE UNJUST SOCIETY PEOPLE GET REWARDED

FOR DOING WHAT IN A JUST SOCIETY WOULD

GET THEM THE ELECTRIC CHAIR.”

“THE FINAL JUDGMENT WILL WILL BRING WITH IT

THE MERCILESS AND UTMOST VENGEANCE OF

GOD IN THE NEXT WORLD AGAINST THOSE

WHO WERE THE MOST UNJUST AND

CRUEL IN THIS WORLD.”

And there is nothing He loves more than to drive away injustice, and to bring back justice in all things.

“The Lord executeth righteousness and judgment

There is the hand of God’s justice as seen in Nelson Mandela emerging from his jail cell after so many years of unjust incarceration and walking out into the sunlight of a new day dawning.  This is the rollback of injustice and of oppression as the once-imprisoned man takes the oath of office as president of the very nation that had locked him away for 27 long, and seemingly never-to-end, years.

There is the hand of God’s justice as seen in the exuberant crowds of disbelief standing atop the Berlin Wall and taking whacks at it with sledgehammers as the old unjust order of things was swept away.  This is East German families streaming through the cracks in the walls to embrace loved ones who for decades had lived both three miles away, and yet lived a million miles away on the other side of the wall.

God restores justice in the midst of totally unjust circumstances as His most loving work on earth. He did it in Egypt for His enslaved people, and He will do it for His people today. Amen.

No More Sin Confession, Just OOPS! Saved From – Saved For

You Only Go Around Once

Saved From – Saved For