IT’S ALL ABOUT TRUTH AND LIES 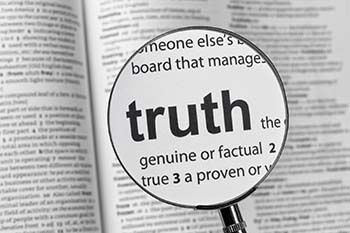 The Democratic Party, also known as the far left, the deep state, the liberal politic, embraces and propagates the lies of abortion, perversion, same-sex marriage, the separation of church and state, the ACLU, no Bible and no prayer in public schools, and the list of falsehoods goes on and on. Then when truth threatens their dark state, they will manufacture hellish and vicious lies to make sure that their untruths are not dethroned.

This is exactly what’s happening in their devilish attacks on President Donald Trump and Judge Brett Kavanaugh. Remember the words of Jesus in John 8:44, “The devil is a liar and the father of lies.”

Any nation, state, or political party, that is based upon lies and falsehoods, has been fathered by the devil, who will keep telling lies to cover the truth.

You Only Go Around Once FREEDOM IS NOT FREE